The City of Seaside operates an Emergency Warning System composed of a series of speakers mounted on poles around the city. Here's a map of the locations.  In the event of a sudden emergency such as a distant tsunami, the warning system will be activated to alert individuals of the threat. The sirens emit an intermittent 3 minute blast. The Emergency Warning system is not intended to be audible indoors, but to warn those near the water along beaches, docks and estuaries to move to higher ground. To receive warnings inside your home or business, purchase a NOAA Weather Radio for your home or sign up for mobile alerts.

Every first Wednesday of the Month
September through May

From September through May, the Seaside Police Department conducts a test of its Emergency Warning System. The test includes three horn blasts, followed by a voice recording in English and Spanish.

Map of Siren Locations in Seaside 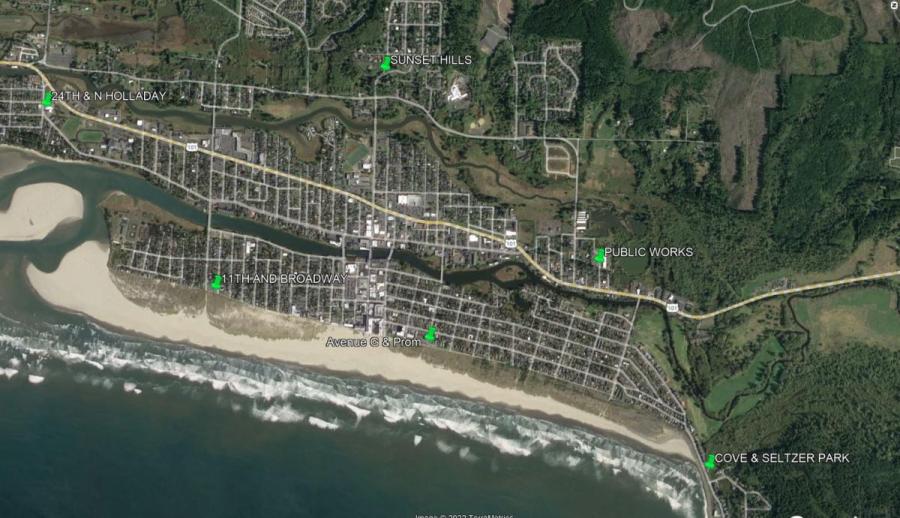